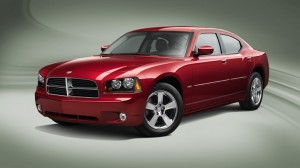 The National Highway Traffic Safety Administration has given both the 2012 Chrysler 300 and the 2012 Dodge Charger a 5-Star Safety Rating. That is the highest rating given for safety and is measured in three categories that include front and side crashes and also rollovers.

Scott Kunselman, the Senior Vice President-Engineering, Chrysler Group LLC said in regards to the news, “We’re very pleased that both the 2012 Chrysler 300 and 2012 Dodge Charger have achieved the highest overall rating. The results of these tests reflect crash worthiness and performance in different scenarios.”

Both vehicles feature a robust array of safety features that helped lead to the 5-Star rating. One such is the Adaptive Cruise Control which maintains a set distance between cars whenever the cruise control is turned on. Other features that make the 2012 Dodge Charger so safe are available blind-spot monitoring and electronic stability control.

Dodge Charger had been noted for its safety earlier by the Insurance Institute for Highway Safety when they awarded the vehicle “Top Safety Pick.” Dodge takes pride in making sure that their vehicles, such as the Charger, are not only of the highest quality but also safe on the road. The 5-Star rating is a reward to this commitment.

All of Dodge’s line up, including the Charger, is available to view online at Bayside’s website. Follow them on Facebook and Twitter to stay up to date on all the latest news and offerings.